[vc_row][vc_column][vc_column_text]Washington, D.C., July 17, 2017 – The Manufactured Housing Association for Regulatory Reform (MHARR) has called on the U.S. Department of Energy (DOE) to either reject or withdraw its June 17, 2016 proposed “energy efficiency” rule for manufactured homes, pursuant to Executive Orders issued by the Trump Administration which seek to “alleviate unnecessary regulatory burdens placed on the American people” and invalidate any conceivable basis for that rule.

In written comments filed with DOE on July 14, 2017 (copy attached) responding to a DOE “Request for Information” (RFI) seeking information on DOE regulatory actions that should be considered for repeal or modification pursuant to Executive Orders (EO) 13771 (“Reducing Regulation and Controlling Regulatory Costs”) and 13777 (“Enforcing the Regulatory Reform Agenda”), MHARR describes the DOE proposed rule “a paradigm of over-reaching, oppressive and costly big government regulation that [if enacted] would disproportionately harm [moderate and] lower-income Americans … and crush smaller industry businesses, leading to a further decrease in homeownership, higher levels of homelessness, and an emasculation of free-market competition….”

Given the multitude of fatal defects in that proposal, detailed by MHARR in an August 2016 submission to DOE — including, most particularly, its fundamentally-defective cost-benefit analysis and the illegitimate, scandalous process which led to its development and approval by a supposed “negotiated rulemaking” “Manufactured Housing Working Group” packed with special interest supporters of DOE manufactured housing energy regulation — MHARR’s latest filing demonstrates that the 2016 DOE proposed rule is a “job-killer” that is completely inconsistent with Executive Orders 13771 and 13777, and with the broader regulatory reform agenda of President Trump, and must, therefore, be either rejected or withdrawn. Worth noting in this regard, is the fact that HUD manufactured housing program Administrator Pamela Danner – while accorded, by law, a mandatory right to provide input to DOE on this proposed rule – failed to stop any of its outrageous requirements, which could needlessly increase the price of manufactured homes by $6,000.00 or more.

Beyond the objections previously raised by MHARR, the Association’s latest comments stress that any possible basis the DOE proposed rule has been effectively invalidated by provisions of Executive Order 13783 (“Promoting Energy Independence and Economic Growth”), signed by President Trump on March 28, 2017. Among other things, that order rescinds the Obama Administration’s “Social Cost of Carbon” (SCC) calculation, which was used to falsely pad the alleged “benefits” of the DOE proposed rule in its statutorily-required cost-benefit calculation.  Without those additional alleged “benefits,” the proposed rule’s costs would necessarily exceed its benefits, in violation of Executive Order 13777.  Further, EO 13783 expressly rescinds the Obama Administration’s 2013 “Climate Action Plan.” This action is highly significant because the manufactured housing energy efficiency standards developed by DOE and proposed in 2016 were an integral element of that “plan.”  Executive Order 13783, however, specifically directs agency heads to identify agency actions “related to or arising from” the Obama Climate Action Plan, and “as soon as practicable, suspend, revise, or rescind … any such actions.”

Accordingly, MHARR’s comments demand – once again – that the destructive and preposterous manufactured housing “energy” standards proposed by DOE in 2016 either be rejected or withdrawn by DOE as part of the regulatory reform process mandated by EO 13771 and EO 13777. 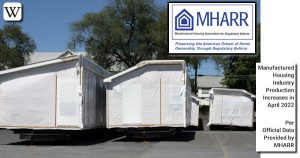 Washington, D.C., June 3, 2022 – The Manufactured Housing Association for Regulatory Reform (MHARR) reports that according to official statistics compiled on behalf of the U.S. Department of Housing and 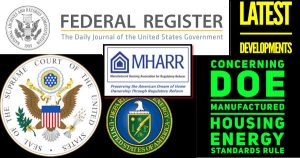 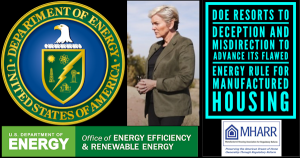 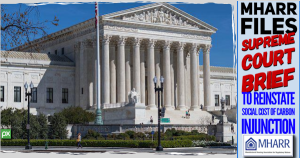 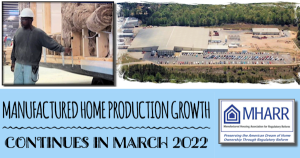 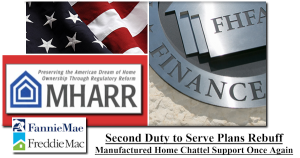 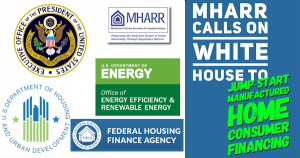 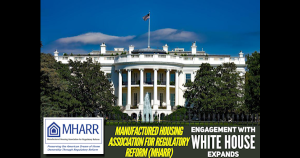