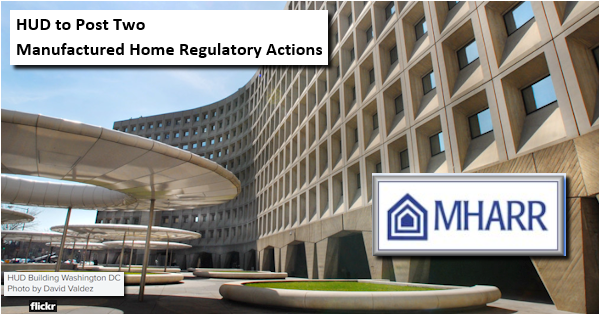 copies attached for your review and information is a pre-publication copy of a proposed rule by HUD to implement the so-called “third” set of standards recommendations put forward by the Manufactured Housing Consensus Committee (MHCC). The release of this proposed rule was expected, having been pending, in most respects, for several years, and having been publicly announced as nearing completion at the October 2019 MHCC meeting.

MHARR is currently reviewing the proposed rule in detail and will share its findings with you before filing appropriate comments. In the interim, we encourage you to share the copy of the proposed rule with your organization’s legal and technical executives for review and any input to MHARR that you may have for its comments.

Also attached for your review and information, is a pre-publication copy of a final rule to implement changes to HUD’s manufactured housing formaldehyde standards based on standards mandated by Congress and previously adopted by the Environmental Protection Agency (EPA).  Among other things, the rule would delete the current discriminatory requirement in the HUD manufactured housing standards for a “formaldehyde health notice” to be displayed in HUD Code manufactured homes.  MHARR strongly urged the removal of this requirement – which it has long and consistently opposed because of its discriminatory nature – in the comments that it filed when this rule was originally proposed.

We will continue to keep you apprised regarding the above matters. 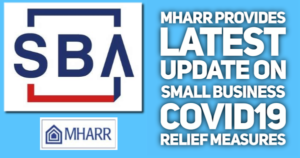 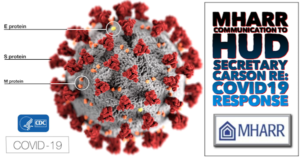 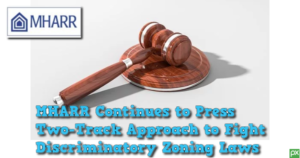 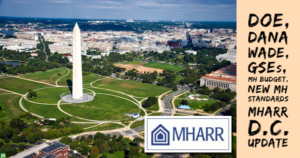 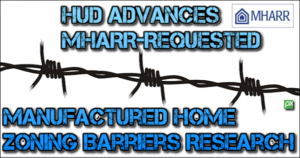